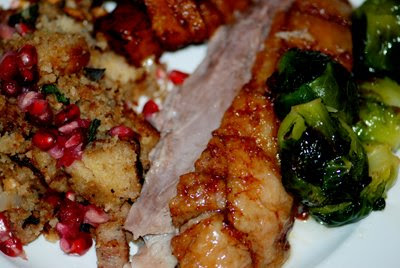 Come November, people inevitably start talking turkey. Food magazines arrive with sumptuous roasted birds on their covers, and TV shows all dole out advice on brining, basting, and carving, while the Butterball folks do a thorough ear swabbing to make sure panicky callers’ questions regarding turkey troubles come through loud and clear. I however, boycotted the Turkey Talk-Line® once again, opting for a bird of a different feather this year: duck.

I guess despite my love for the Macy’s Thanksgiving Day Parade and secret wish that one day I’ll win Megamillions and be able to afford an apartment on the Upper West Side from where I’ll be able to watch said parade while hosting lavish parties, I didn’t grow up with all-American Thanksgivings. I honestly can’t remember when or why we started observing Thanksgiving. Anyway, I now appreciate it mostly for its nondenominational quality; it’s a family holiday that people of all races and creeds can participate in and enjoy and be thankful (or not-so-thankful, as the case may be) for. That being said, I have no deep-rooted loyalty to Thanksgiving’s mascot, the turkey.

Having never cooked duck at home before I was a little nervous, but it seemed fated to succeed. A few days ago I watched a mouth-watering Jamie Oliver episode where he slow-roasted a duck, then someone at work mentioned he was making slow-roasted duck for Thanksgiving and promised to send me the recipe, and wouldn’t you know it? It was Mr. Oliver’s! I took only the essence of the recipe, which was to generously salt the duck inside and out, cook in a 350˚F oven for 1 hour, then for an additional 1 ½ hours at 300˚F, twice or thrice ladling out (and reserving!!!) the duck fat. It was perfection – and a monkey could make it.

Last year there were about 10 of us at dinner, and I transported food across state lines – food I’d started preparing about two weeks in advance – but this year there were only three of us, and I decided I’d take it easy… No running around with half a pat of butter in my frizzy, frazzled hair, no cursing (OK, that’s a stretch – there’s always a little cursing in the kitchen), no sweating, no too-tired-of-looking-at-the-food-to-eat. No, this year, I watched the Macy’s parade and then the dog show (the Pointer won, but I was rooting for the Frenchie) and finally started roasting the duck at 4:00pm, beer in hand (I like to keep it classy). The sides – cornbread stuffing with duck sausage, toasted hazelnuts, sage, and pomegranate seeds; spiced roasted butternut squash with toasted squash seeds; and duck-fat roasted Brussels sprouts – came together once the duck was almost ready. It was the way to go – the secret was the no-nonsense, foolproof centerpiece. If we had a National Bird Show on Thanksgiving, I’m sure turkey would be Best in Show, but I’d still be rooting for the underdog – or duck. 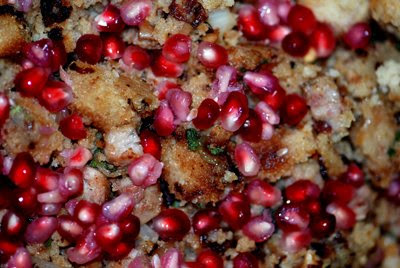 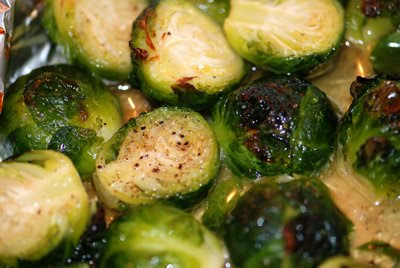 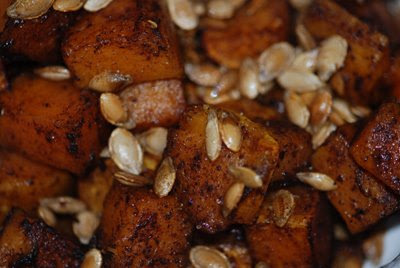