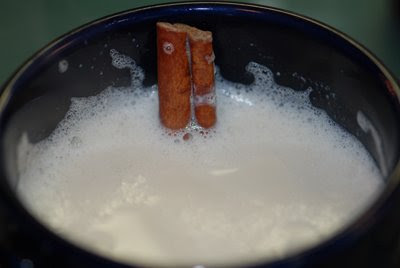 …but liquor is quicker.

I’ve been deathly ill since Friday and don’t seem to be getting any better, despite having marinated in VapoRub all weekend long. I thought I had the croup, but am now convinced that it’s galloping consumption. In addition, I’ve lost my voice. Am seriously considering hanging a small slate around my neck and communicating via chalk missives. I tried sign language at work today, but don’t think the single crude finger signal I know counts as proper signing.

I’ve been self-medicating with OTC meds and bagfuls of Ricola, but those little suckers aren’t very effective. My mother suggested a home-brewed concoction, and though it may sound a bit iffy at first, you’ll warm to it as soon as you see there’s a little sneaky peek in the mix. It’s not a cure-all, maybe not even a cure-anything, but it’s a wonderfully soothing nightcap. ¡Salud!

-Bring all ingredients to a slow simmer over medium heat.
-Pour into mug and serve. 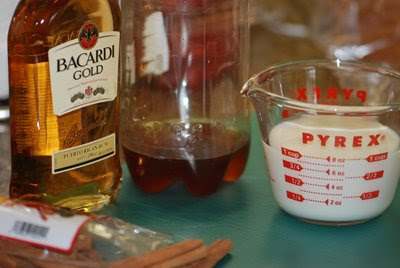 P.S.This is not a Bacardí endorsement. I just couldn’t get Flor de Caña.