I made vanilla ice cream with brownie bits in it this weekend. I am ashamed to admit that I was talking on the phone while making the crème anglaise base for the ice cream, and as a result, it curdled a bit. A lot, actually. There were enough scrambled eggs at the bottom to make a McMuffin, and while I was tempted to toss the whole thing out, I also had a fresh batch of brownies waiting to be enveloped by creamy ice cream, so I tossed out the lumps and carried on. It turned out really well, despite the earlier trouble. Looks good, no? 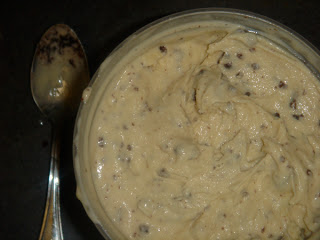 There are several varieties of ice cream: standard or Philadelphia-style, which is your basic milk and/or cream plus sugar plus flavorings; French, which is what I made this weekend – it’s basically a fluid egg-based custard that you can eat as desssert with cake, fruit, etc., or pop in the ice cream maker; gelato, the Italian confection with is a richer, more dense version of the previous examples; and the ever-expanding froyos, Tasti Delites, and Pinkberrys of the world, whose compositions I can’t actually claim to know a thing about. All of these desserts are prepared by pouring the flavored liquid into a machine that churns it in a cold bowl until the mix freezes, and voilà! Icecreamgelatofroyoetcetcetc.

Usually this process takes about half an hour, which is fine, but in today’s instant-gratification culture, who has time to wait 30 minutes? Wouldn’t it be magical if there were a potion that could turn your chocolate milk into chocolate ice cream in under five minutes? Science? Fiction? Infomercial? FACT, my friends. All you need is liquid nitrogen! I won’t disclose how or where I came by it, but I will say that it was super cool – no pun intended. Milk + sugar + vanilla + liquid nitrogen = lots of billowing clouds and ice cream in three minutes flat. Eat your heart out, Bill Nye. 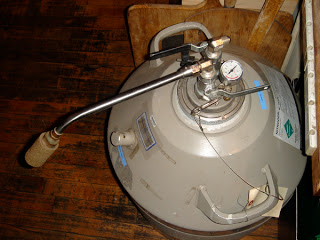 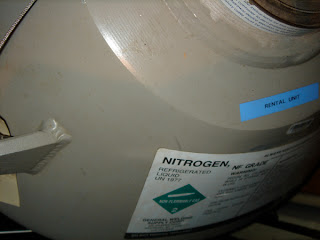 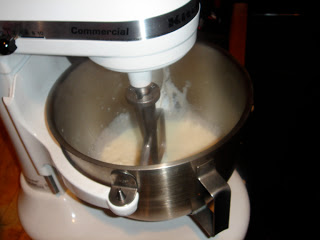 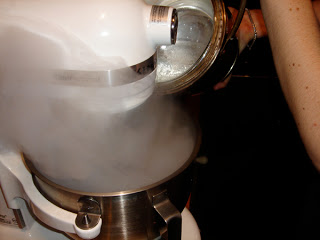 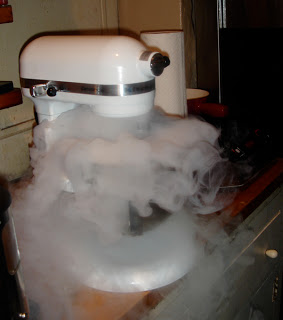 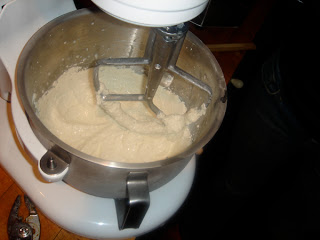